Global IT Leaders are Re-Evaluating Digital

In addition to keeping up-to-date with current technology and business practices, IT professionals are constantly looking at what’s on the horizon. Being on the watch for emerging tech that could impact your organization over the next five years is extremely important. 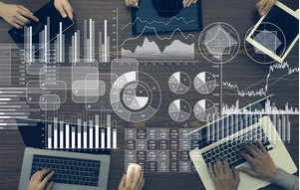 The recent keynotes at Interop 2019 in Las Vegas gave a comprehensive picture of the various situations that companies face. The cloud porting of new technology and software was cited by Eversource Energy CIO as a top priority, with a high focus on customer data and analytics. Cultural changes tend to be more challenging than technological changes, similar to many companies. Most people are used to manually doing things and need to be retrained to do the job as a result. The strategy of the company was instrumental in pushing forward automation and modernization initiatives. While other people were resistant to this cloud strategy being implemented, Eversource was able to push through.

While it remains a challenge to find IT talent for this purpose, Eversource has also started recruiting young talent with motivation right out of high school to be trained for the job. Utility services such as Eversource also use IoT to monitor customer usage and health of equipment. Interoperability standards are essential as there are multiple components in IoT. As such, Eversource is forced to move from IoT itself to network standards and even cloud computing in multiple unknown fields. That’s why IoT today has so many standards. Examples include, among others, automation, healthcare, telecommunications, and even smart cities.

As such, everything we know will change faster than ever before. CIOs and other IT professionals must now, rather than later, make the leap into these unknown domains. So to speak, the tech race is on. From companies such as Uber to computer companies such as Dell, the speed and growth rate of research is only increasing. As companies are increasingly interacting with people’s lives, the impacts are becoming increasingly significant. As the impact increases, so is the responsibility of the company. Everyone is held to a different standard as such.

© 2018 All Rights Reserved.  Cxotv.news
Scroll to top Do NOT follow this link or you will be banned from the site!